Issue:
The demo from your most recent blog post is broken. I tried it on iPhone 12 Pro, iOS 15.4, and the tracking/placing does not work, it is always oriented towards the camera and the scene is also drawn twice.
Once animated and rotation with the phone, once static and stuck to the center of the screen. 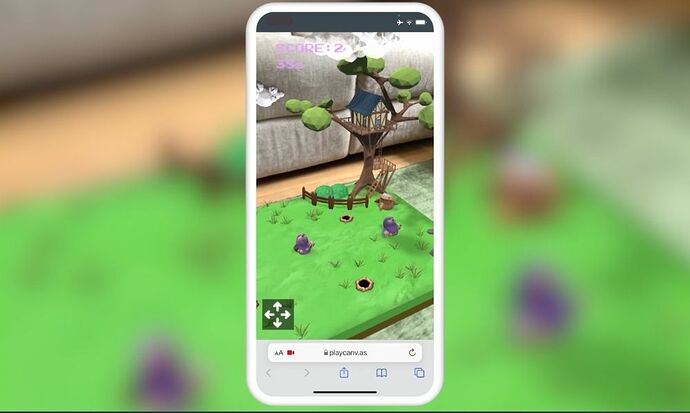 World Tracking for WebAR (beta) is now ready for you to use in ZapWorks Studio as well as our Universal AR SDKs.

Probably everyone. for sure users on iOS 15.4

Thanks for reporting. iOS 15.4 is officially classed as a beta build by Apple and it sounds like they might have introduced some issues on Safari.

Not an easy workaround (if you’re already on iOS 15.4) but using a stable version of iOS should solve this.

Looks like we’ve already found a fix! You can give it a try here - World Tracked Whack-a-Mole - PLAYCANVAS

Thanks again for reporting this!