Tap Anywhere Instead of Tap Button

Is there a way to implement a “Tap Anywhere” function?
I have a few buttons (billboards) on the scene and would like the user to tap anywhere around the scene to remove all of the buttons.
Cant seem to find any tutorial or discussion on this.
Appreciate if someone could help me point towards the right direction. I’m fairly new with Studios. 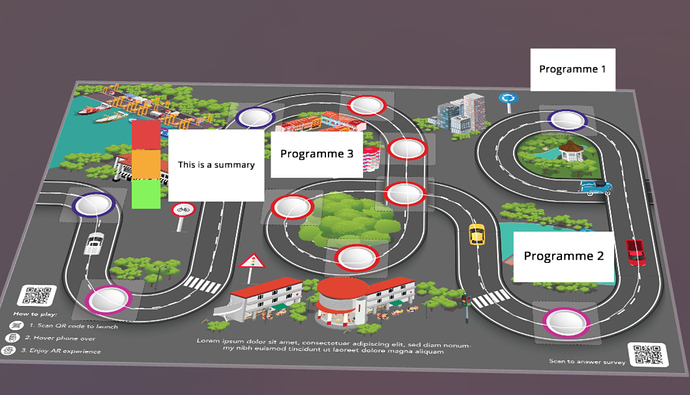 Thanks for getting in touch, love the target image design!

You can create a large Plane, either tracked to the target image or pushed back on the Z-axis and relative to Z.camera. Turning this Plane’s visibility to false will still allow your user to tap it, but won’t be visible in the scene. From a user perspective they will think they are just tapping anywhere in the scene but they’ll actually be tapping the large Plane, which you can then set up to remove all the buttons.

Please note, you might need to play around with the render order / order of the Plane in the Hierarchy. If the Plane is overlaying the other buttons, then you won’t be able to interact with them in the scene as each tap will be reacting with the large plane on top. More information about render order here: https://docs.zap.works/studio/3d-models/render-order/.

Appreciate the prompt reply and the much detailed guide.